For that smile of the Yangtze

24 October is the International Freshwater Dolphin Day.  The Yangtze finless porpoise is also known as the ‘smile of the Yangtze‘. It is the only porpoise species that lives in freshwater, yet is also the most endangered one among the porpoise family. On the special festival for the celebration of freshwater dolphins, we had the privilege to have invited Prof. Guang Yang, a renowned life scientist at Nanjing Normal University to share with us his views about the protection of the Yangtze finless porpoise.

In the 2018 paper of your team, you have argued that the Yangtze finless porpoise should be protected as a unique incipient species. Why? What is the value of protecting the Yangtze porpoise?

A unique incipient species is one that is reproductively isolated from others, despite of the physical similarities they may share. Our samples show that there is no sign of gene exchange between the Yangtze porpoise and seawater subspecies. They are on different branches of the family, and are prevented from breeding offspring between them because of reproduction isolation (NB: there are two seawater and one freshwater subspecies of the porpoise in Chinese waters). These subspecies are on different habitats, seawater or freshwater, and therefore under different seepage pressure. Compared to the Yangtze porpoise, it’s inevitable that seawater with higher salinity enters the body of the former, which is undesirable for mammals. Therefore they have been adapted to such habitat by secreting out excessive salinity. On the contrary, the Yangtze porpoise lives in freshwater with lower salinity. They need to maintain a suitable level of salinity in their bodies by absorbing certain substances from water. Difference in salinity makes them to take up different strategies of osmotic regulation, which could be proved in our genetic analysis of the sample. There are signs of positive selection and adaptive evolution among these subspecies, enabling them to adapt to different habitats. These significant genetic difference out of adaptation suggest that the Yangtze porpoise is a unique species. The evolutionary divergence took place in a relatively near history about 5,000 to 20,000 years ago. The different salinity separated them from others, caused adaptive evolution and reproductive isolation, and therefore made them a different subspecies.

Our findings are important because they prove the uniqueness of the Yangtze porpoise for their genetic difference out of adaptation, which has made them a unique branch. Once this species group declines and becomes endangered, or goes extinct, there is no way to replenish from the seawater subspecies. This is the value and significance of protecting them.

Although voices  for its protection had appeared in the 1980s, the Yangtze porpoise population declined by more than 70% in the past 30 years, and now there are only about 1000 of them. The population distribution is limited to the mainstream of the Yangtze and two large lakes, Poyang and Dongting, on its middle reach. As a leading scientist in this field, what do you think is wrong? What are making them endangered?

I think we need to answer this question on two aspects. First, as a mammal, the Yangtze porpoise is difficult to protect. Because they have taken up a reproductive strategy which is commonly known as the K strategy. This is a strategy with a low birth rate but a comparatively higher probability of survival. Species with this strategy, once impacted, is really difficult to recover by itself. Second, the middle and lower Yangtze has been a region of very active economic development in the past decades. The government, nor the public or media, paid little attention to the protection of the species early, and therefore few measures were taken for protection, or protective measures had been superficial without proper implementation. Although 2012 and 2016 surveys show the population decline has been slowed down, the overall situation is still pessimistic.

As the voices get louder in the recent years,  it has been proposed in this June that the Yangtze porpoise be enlisted as Class I species in China’s national list of specially protected wildlife. On the overall, are the measures taken so far effective? What should be improved? Where are our goals lying?

The measures taken so far have had positive results. For example, the ex-situ conservation habitats we have established in semi-natural water bodies are rather encouraging. Population groups we have established at Tianezhou (Hubei), Anqing (Anhui), and Tongling (Anhui) as well, although vary in size, are now able to reproduce and increase in semi-natural habitats, in particular the one at Tianezhou. This is an encouraging sign. Moreover, the “10-year fishing ban” on the Yangtze river, if implemented thoroughly, will play a very significant role in the recovery of fish population and food stock for them. However, on the overall, our efforts to protect the Yangtze porpoise in the wild have been less successful. The problem of poor management is still looming above, for example, environmental pollution, habitat loss out of diking and damming, shoreline engineering and extensive water transport, and illegal fishing. Although fishing has been banned on the Yangtze river, some illegal fishing activities such as catching fish with electricity are still taking place. Even angling could pose potential threats to the species. There has not been much fundamental change in human behaviours along the river that might impact the existence of the porpoise. These are all to be improved in future management and protection. Through these measures, we hope that the species could sustain itself in the wild, and human, the porpoise and other wildlife could coexist in harmony. I think that is the ideal state we hope we could reach.

While we are in a new era of “conservation as an overwhelming task”, if you are representing all life scientists working in the field, what is the key message that you would like to send to policy maker?

While conservation has become an overwhelming task, I think the key message I would like to send is that “economic development should not be at the cost of environmental degradation“. Of course, we are very pleased to see that we are gradually moving in this direction, and this idea is becoming increasingly popular among governments and the public. We cannot seek economic development or GDP growth solely without considering the impacts on the environment, or on wildlife. On this basis, just like what we have proposed for “quality development”, we need to innovate our economic mode, which will turn around the mode at the cost of eco-environment degradation or loss of wildlife, and take up a route of “high efficiency, low carbon and green” development. This is a route which we hope could make a harmony of human and nature, with high output, low consumption and low pollution.

The establishment of conservation zones for the Yangtze porpoise, of course it is also a similar case with other species, is largely a bottom-up process. Local governments would propose the scheme first, which is to be improved by higher levels of administration. In the Yangtze river basin, the habitats of the porpoise are highly overlapping with areas of hyper-active socio-economic development and human activities. Therefore, the establishment of conservation zones would surely impact local economy, which would discourage the local governments to consider establishing or upgrading conservation zones. This is becoming problematic and would require the combination of a certain amount of top-down policy design integrating cross-cutting perspectives. I think it is necessary for the conservation, although it might be rather difficult and might require further scrutiny.

In face of the increasing demand for resources along the Yangtze river, what do you think hydraulic engineering should contribute to the conservation of the Yangtze porpoise and biodiversity?

I think, first, all hydraulic engineering projects need to take into consideration strict appraisal and evaluation of possible impacts to the porpoise and eco-system of the river. Whether these projects should be commissioned, how should they be commissioned, and what impact would they bring to the ecosystem and biodiversity of the river, should all be evaluated carefully and scientifically, not only for the duration of the construction but also after their completion. If some projects are necessary but would negatively impact the porpoise, we need to establish compensation mechanisms, which is commonly known as eco-compensation, which I think is crucial. To sum up, for hydraulic engineering, we need to make very good master plans throughout the project, so as to minimise negative impacts to the porpoise and the eco-system.

As a scientist, how would you recommend or expect the public to take part in the effort to protect the porpoise?

First, I think we need the pubic to raise their awareness of protecting the porpoise and the eco-system, and such awareness would transform actually daily behaviours, for example, in polluting less, trashing less, stopping eating wild animals for the seek of novelty, and actively participating and cooperating with our protective efforts. These are all going to contribute.

I would also like to remind people that angling could mean harm to the porpoise. Some of the angling equipments are so well advanced that people could operate multiple ones at the same time. In some cases, many people would gather to a same section of the river for angling. Because the porpoise is also active near the banks, it is highly possible that they bite the bait. Additionally, the fishing hooks left in the river pose additional dangers. Moreover, angling also impacts the fish stock, which we have seen covered in news. Angling equipments are so well designed now and they might catch a lot of fish at the same time. This might even become commercial activities and different from the traditional concept of recreation. Therefore, we cannot underestimate the possible impact.

When the awareness of the entire society has been raised, and daily behaviours changed, our efforts would make a difference through gradual change and eventually help the porpoise.

YICODE is trying to establish a basin-scale integrated database. How do you think big data could contribute to the protection of the porpoise?

Currently data are possessed by different agencies. I think a platform for data sharing would be great for decision-making in policy formulation. This would surely be better and more efficient when they do not share information and act on their own.

If you are in front of people from different sectors who are trying to help, what would you say to motivate them?

Let’s work together and we can make a better place for the Yangtze porpoise.

is professor of life science at Nanjing Normal University. His research interests include conservation and management of animal resources, molecular evolutionary biology and molecular ecology, and ecology and conservation of endangered animals. Know more

The Yangtze porpoise in info-graphs

YICODE and the Yangtze porpoise

The section around the Hechangzhou Island (close to Zhenjiang, Jiangsu) has become a bottle neck for water transport on the lower Yangtze as demand increases rapidly. To the north of the island is an important habitat for the Yangtze porpoise, while the channel to its south is limited in transport capacity. Does 12.5m deep navigation channel of the lower Yangtze need to sacrifice this important habitat for the porpoise? Would schemes of ex-situ protection work? YICODE is working closely with Prof. Yang’s team on this. If you need to know more or would like to contribute, please get in contact with our scientists. 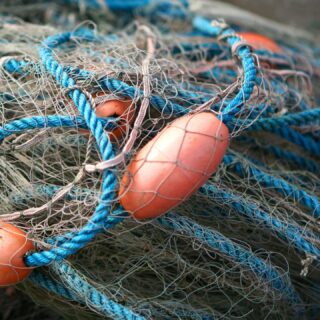 Sense of gain for fishermen after the Fishing Ban 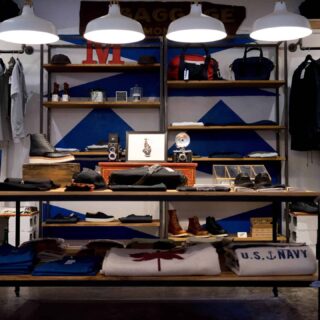 Our Three Years in Three Minutes