The 2021 summer of the north hemisphere isn’t very peaceful. With a pandemic looming above, Europe’s flood came right after the raging heatwaves that hit north America, leaving great losses of life and property. Neither is it tranquil on the other side of the pacific. A torrential rainstorm hit Zhengzhou on 20 July, a central Chinese city, causing severe flooding and loss. According to the National Meteorological Centre of China, the 24 hour rainfall reached 622.7mm, and one of its gauge stations recorded a 201.9mm precipitation from 16:00 to 17:00 on the same date, which far exceeded China’s hourly rainfall record. These extreme weather events makes people around the world wondering: what is wrong with our climate?

Wading a river by feeling the stones

For China’s Reform and Opening, Chinese people would often metaphorically compare it to ‘wading a river by feeling the stones’. This is a valuable and scientific way, which is a philosophical process that extracts knowledge from past experiences to guide further practices. It is also the same case with our science of climate and hydrology. The understanding of the past plays a fundamental role in our current research and future practice.

Therefore, our science of climate and hydrology relies heavily on observations of the past. Complete sets of long-term observation of climate and hydrology is the indispensable ingredient to improvements in climatic and hydrological studies. However, Chinese scientists are practically disadvantaged in this regard out of historical reasons. Let’s take rainfall for example. China’s longest and most complete set of rainfall data could date back to 1870 (Beijing). But that time would be pushed to much sooner time in the 1950s if we look at that at country scale. To the contrast, a complete rainfall record could be traced back to as early as 1767 (Oxford) in the UK.

Once in a hundred or thousand years

How do scientists come up with the probabilities? This actually is similar to ‘wading a river by feeling the stones’. Historical observations could allow scientists to make an estimation of the recurrence time. Let’s still exemplify this with rainfall. The probability of rainstorms of a certain intensity could be estimated with the times that it happened in history.

This seems a pretty easy job, but there is something tricky here for the scientists — How do we measure the probability of events whose recurrence time is longer than the records that are available? Scientists often use a method called extrapolation in mathematics for that. It is a method where the unknown is estimated based on understanding of the known range of samples. Such an estimation is risky as its accuracy largely depends on the correctness of the method and representativeness of the samples, and therefore, it is a field where scientists are still exploring tirelessly.

Planet Earth receives a huge amount of energy from the radiation from the Sun, and its surface reflects excessive energy back into space. The existence of the atmosphere is like a huge blanket which stops the earth from cooling down too quickly and therefore keeps it at a suitable temperature. However, since the industrial revolution, as humans consume more fossil fuels including coal and petroleum, more greenhouse gas including carbon dioxide and methane is produced and emitted into the atmosphere. The more greenhouse gas there is, the more efficient the ‘blanket’ becomes in retaining heat, and therefore warms up the whole planet.

The warming has profound implications for the earth system. It could lead to many problems including food insecurity, water shortage, poverty, flood, drought, extinction of species, public health threats or even violence. Therefore, the Paris Agreement which came into force in 2016 set a target to limit global warming by 2 degrees, preferably 1.5 degrees, by the end of this century. Though there is only a 0.5 degree difference, the former has a much more significant impact. Some studies find, for instance, heatwaves would be 2.6 times more likely under 2.0 degree warming than 1.5 degree.

The Intergovernmental Panel on Climate Change (IPCC), UN’s intergovernmental body of climate science, released a Special Report on Global Warming of 1.5 ºC in October 2018. It warns that we must limit global warming by 1.5 degrees by the end of this century, or else we will facing devastating extreme events around 2030 at huge costs of human society and earth ecosystem. Though lockdowns out of the pandemic reduced global carbon emission in 2020, the concentration of carbon dioxide in the atmosphere was still increasing. Global mean temperature has been 1.2 (±0.1) ºC higher than the 1850-1990 average.

What has the warming earth to do with the extreme events we have talked about? There are two aspects that need to be considered. On one hand, warmer temperatures make the atmosphere less stable but more capable of holding vapour, and therefore make it easier to form extreme precipitation and subsequent hazards. On the other, global warming brings more uncertainties to the earth’s spheres including atmosphere, hydrosphere etc. In other words, the stone we have felt might no longer be the same as today’s.

We have mentioned in the above that our science of climate and hydrology relies on past observations. For the studies of our scientists, one important assumption is that the earth systems “fluctuate within an unchanging envelope of variability”. Climate change, together with other global changes such as population growth and changes of land use, breaks such ‘stationarity‘. Therefore, the knowledge system we have established might no longer be able to perfectly explain the situation we are facing. In figurative words, the stones we have felt yesterday may no longer help us wading the river today.

What we need to do

In flood risk management, risk equals the probability of flood events times losses caused by flooding. In this perspective, we could see that to lower the risks of disasters, we could rely not only on infrastructures that lower the probability of hazards, including those for flood control, drainage, observation, etc, but also proper institutions of the society that reduces losses, which would cover, for example, forecasting and warning, infrastructure operation,  disaster relief and asset management. The realisation of these two aspects would also require a solid basis of knowledge, which comes only from basic research and information management.

What we could do as ordinary people

Many may think that the above seems rather distant from our daily life, but in fact not. While individuals could do little to reduce the probability of natural hazards, we could do much in reducing the subsequent loss by, for example, paying attention to weather forecasts and warning, purchasing insurance, familiarising ourselves with knowledge of helping ourselves and each other in case disasters take place. These would all contribute to the resilience of individuals and families.

For climate adaptation, while national energy and decarbonisation policies and programmes are indeed crucial, it is not to be neglected that individual contributions could also be huge. All our behaviours may cause carbon emissions, also known as the ‘carbon footprint’. Though it is completely impossible to ask everyone to be absolutely carbon neutral, we could easily adopt tiny habits that could help lower it. For example, we could start by using less disposable items, buying one less piece of garment, making one less road trip, taking one less flight, having one more vegetarian meal, or drinking one less cup of coffee. China made a solemn commitment at the UN General Assembly in September 2020 that it is going to reach peak carbon emission by 2030 and become carbon neutral by 2060. However, fossil fuels still make up a major share in its current energy portfolio, and China is still the biggest carbon emitter of the world. We need everyone onboard to become carbon neutral.

No man ever steps in the same river twice.

“No man ever steps in the same river twice.” Said Geek philosopher Heraclitus. Under a warming climate, the environment we rely on is no longer the river we were familiar with. We must adapt to the changes, so that we could still go across this new river in success. 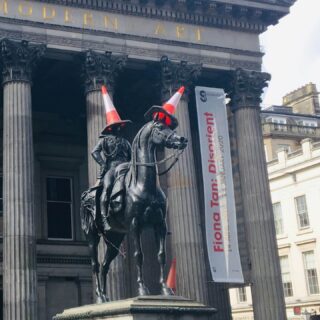 What to pay attention to at COP26

Peter Goodwin: Balancing water security with the needs of a healthy environment face significant challenges and provide opportunities for innovation Why are we valuing water